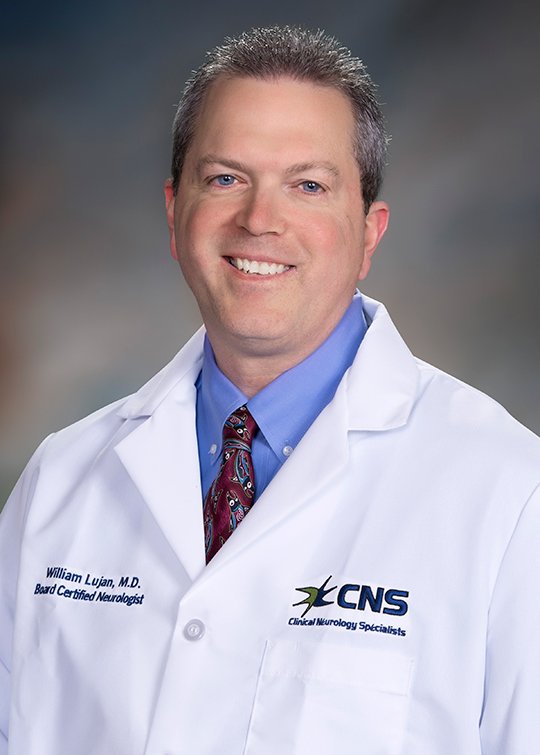 William Lujan MD is board certified by the American Board of Psychiatry and Neurology. He is a member of the American Academy of Neurology (AAN).

Dr. William Lujan has been practicing in the area of clinical neurology for over 23 years.

Dr. Lujan received a bachelor’s degree in general biology from the University of Arizona. He went on to complete a medical degree from the University of Arizona. He then served in the United States Air Force for 8 years, completing an internship in internal medicine at Wilford Hall Medical Center in San Antonio Texas. William Lujan MD then completed a neurology residency at Wilford Hall Medical Center. Dr. Lujan was stationed as a USAF neurologist at RAF Lakenheath in England for 3 years, then completed his Air Force service at Wright Patterson Air Force Base in Dayton, Ohio. He then became a civilian neurologist and worked in private practice in Tucson, Arizona until relocating to Las Vegas. Dr. Lujan is married with 2 children. He is familiar with Las Vegas, growing up in Lake Havasu City, Arizona where he lived until graduating from high school.

To Learn More About An Appointment

To learn more about establishing neurological care with a neurologist at Clinical Neurology Specialists, please contact us for further assistance.